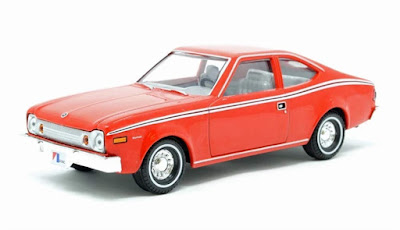 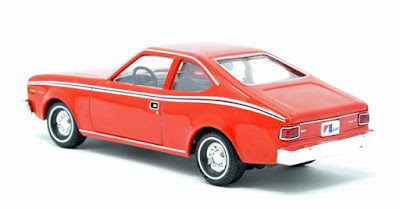 Posted by Tudiecast at 22:04 No comments: 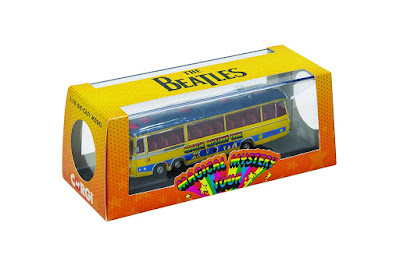 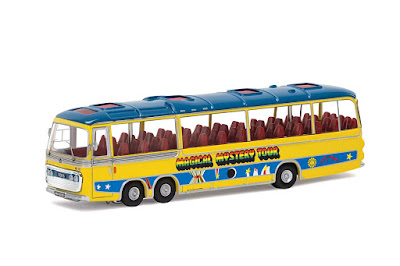 The Beatles are one of the most successful and influential bands of all time. Their music continues to inspire artists throughout the world and their popularity remains undiminished. Corgi's association with The Beatles began in 1969 and continues today. Celebrate The Beatles legacy with this meticulously detailed model associated with the Fab Four that will appeal to Beatles fans and die-cast collectors alike. The Beatles released the “Magical Mystery Tour” album in 1967 to accompany the film of the same name which was first shown in the UK on Boxing Day. The record proved a huge success, it had multiple weeks at number one in the charts in multiple countries and was nominated for “Album of the Year” at the 1968 Grammy Awards. The re-release of this replica of the Bedford VAL used in the film is meticulously detailed and will appeal to both die-cast and Beatles collectors alike. See more
Posted by Tudiecast at 21:37 No comments: 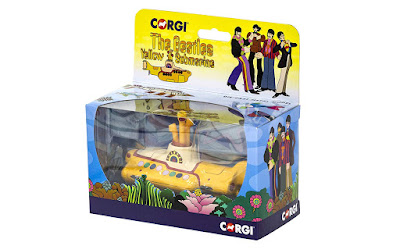 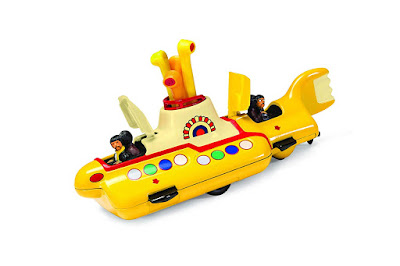 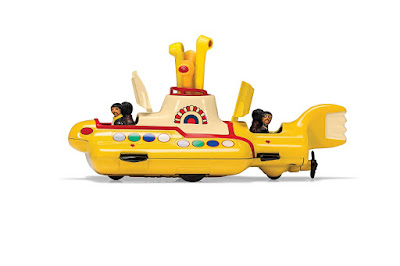 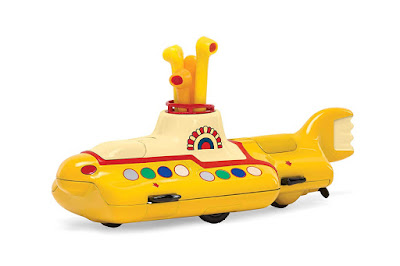 Posted by Tudiecast at 21:14 No comments: 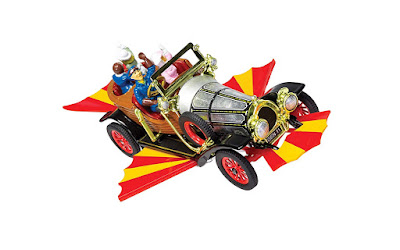 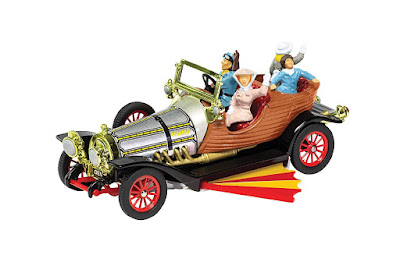 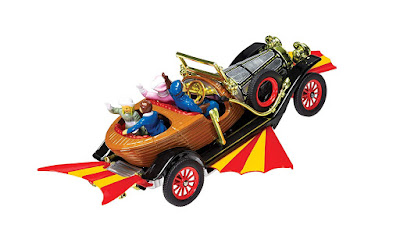 2018 marks the 50th anniversary of the wonderful musical adventure that is “Chitty Chitty bang bang.” the movie is loosely based on the 1964 novel by Ian Fleming with the screen adaptation written by iconic children’s author Roald Dahl and directed by Ken Hughes. To mark this anniversary, we’re proud to re-introduce the iconic 1: 45 scale car back into the Corgi range. The wings are moveable and the car will contain all four characters from the original November 1968 Release, Dick van dyke’s character caractacus Potts, Adrian hall’s Jeremy Potts, Heather ripley’s Jemima Potts and Sally Ann howes’ truly scrumptious! Please note, box and model dimensions are shown as identical however only represent the box/package size.See more
Posted by Tudiecast at 21:07 No comments:

This 2016 Chevy Camaro takes its styling cues directly from the armored Avenger and includes a 100% die cast IRON MAN figure. Each vehicle features opening doors, hood and trunk, along with a detailed interior. This beautifully sculpted collectible is sure to be a standout in any MARVEL collection. See more 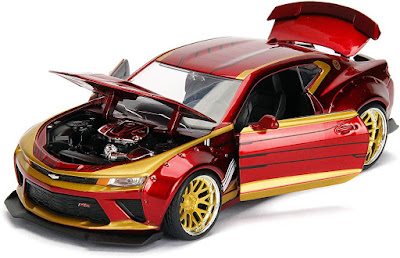 Posted by Tudiecast at 19:42 No comments: 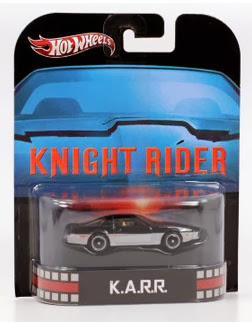 There's been plenty of versions of K.I.T.T. released by various toy manufacturers over the years in 1/64 scale but this is the first time to my knowledge K.A.A.R has hit the pegs. It's a pretty good likeness to its reborn self in the 1984 episode after it was brought back to the series by fan demand and mysteriously didn't meet its end when it drove off a cliff two years earlier and forced a young couple who found him to give him a car version of cosmetic surgery. Sure it still has the red laser thing in the dash from the first season, and admittedly I also would have preferred the amber coloured scanner, but who's to say when in the episode of its comeback the car is from. I don't remember that episode in great detail anymore but maybe the paintjob changed before the new amber scanner was installed. If it really bothers you, you can always go down the local toyshop and buy the correct colour model paint jar and fix it. Still I think it's great to see a car to display alongside or driving headfirst into each other with K.I.T.T. K.I.T.T. was released in 2012 the year before K.A.R.R in the Hot Wheels Retro Entertainment Collection with the same blister card if you wanted a version with the same packaging as this one to display together.The Retro series packaging is slightly bigger than your mass produced Hot Wheels range but the cars all the same size (1/64 scale). It is better in that it can be displayed sitting flat on shelf and doesn't tilt forward at a severe angle like your mass produced ones do if you aren't leaning them against a wall or something. Disappointingly unlike a lot of other die-cast car manufacturer's premium priced vehicles (these are about 5 times the price of your budget Hot Wheels line on the pegs in physical stores) you cannot see the car through the back of the pack and the cardboard is not covered in plastic meaning it is more susceptible to getting bent or if it gets wet is not protected. For the price of these I would have really have liked to see the better blister pack technology used.-- James N Sympson  Shop here
Posted by Tudiecast at 20:03 No comments: 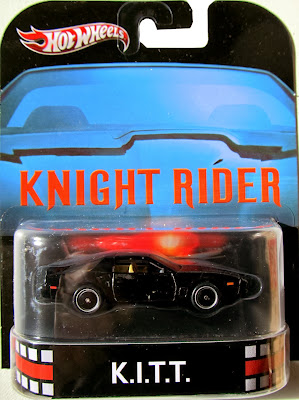 Hot Wheels has done a good job on this Knight Rider KITT car from the Retro Entertainment series. A big improvement over the first KITT car they released a few months back. Same mold, but this new one from Hot Wheels has rubber tires with threads, better looking rims (though still not show accurate, but for the scale it still looks better than the rims on the first KITT they did), interior dashboard is painted black (but still with the same dashboard decal as on their other KITT) and it has a metal chassis. KNIGHT license plate at the back, just like on their previous KITT. Very solid and its very nicely made. The metal chassis underneath the diecast metal body only makes the car a bit more heavier than your regular Hot Wheels car. Gives it some heft if you will. Those who already have the SDCC 2012 exclusive KITT car would know what I mean as its basically the same car but without the elaborate talking base and of course without the high price tag. This is without a doubt, perhaps the best 1/64 KITT car you can buy right now and Hot Wheels doesn't disappoint. Looking forward to getting KARR from this new line from Hot Wheels!--M. Imram Shop here
Posted by Tudiecast at 19:34 No comments: 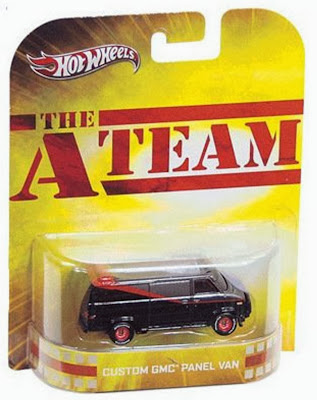 A few years ago Hot Wheels released Baracus' (played by actor Mr T) van as part of their mass produced budget range. It was good if you could get one off the rack for a dollar or two but didn't have the right paint job (ie it was black both beneath and above the red line) had cheap wheels and thing like this but for a few bucks, you really couldn't be too picky. However as we collector know who are collecting stuff that was around before we decided to join this great hobby, resell online prices in the years ahead, especially when you include postage, mean you aren't just paying a few bucks. Therefore the 2011 HW Premiere A Team Van really wasn't worth it if you couldn't didn't get one in stores.This time round as part of the Retro range I think both those finding them in stores and paying the off the rack price (which is about 5 times the price of the basic Hot Wheels vehicles), or even those who have to pay the higher online prices in the future will look at this one and say, yeah that was worth it. This retro version does have the better paintjob (grey top half above the red stripe, even the stripe looks better, especially on the roof). It has rubber tyres, the back ones with white writing, and better red hubcaps are used as well, the general detailing in the paint job such as the headlights, break lights is far superior and it also has a black plastic used for windshield, windows etc rather than the blue with the mass produced one.The retro range vehicle though isn't found in as many stores or even a lot of countries that the mass produced Hot Wheels one was back in 2011, and certainly not in the same quantities. Meaning the price gap will likely widen over the years between the two. Unless the retro ones you can find have skyrocketed to ridiculous prices if you're a new collector I'd definitely pay a little bit more to get this much better van. Maybe get a mass produced one to open and play with and keep the retro in the packaging for display. Packaging wise the Retro one is slightly better, it's still in a blister bubble on piece of cardboard that you have to destroy if you want to play with it, but it is a slightly larger card and the packaging sits upright on a flat surface, whereas your mass produced Hot Wheels range leans towards you on a severe angle on a flat surface so you've got to lean it against a wall or something. The retro range version arguably doesn't have as good an image on the card, as it is simply the A Team word logo in front of a resembling explosion looking yellow backdrop with the Hot Wheels banner above. Disappointingly unlike a lot of other die-cast car manufacturer's premium priced vehicles you cannot see the car through the back of the pack and the cardboard is not covered in plastic meaning it is more susceptible to getting bent or if it gets wet is not protected. For the price of these I would have really have liked to see the better blister pack technology used.Other companies such as ERTL have released this van over the years also in 1/64 size (which is your standard mass produced size) over the years but I'd have to say this Retro version is the one to collect. You will also find the A-Team white corvette in the same Retro range from Hot Wheels.--James N Symson  Shop here
Posted by Tudiecast at 17:07 No comments: 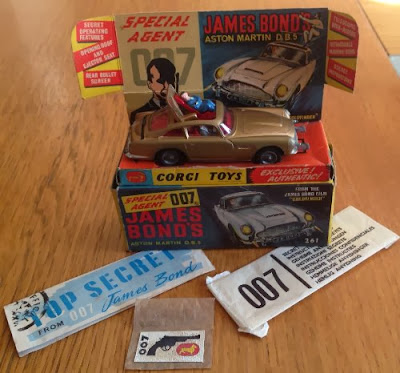 The Set contains an original Corgi DB5 with working shield, ejector seat and machine guns. In very good condition as you can see from the pictures for its age. The box and display plinth are also in very good condition retaining good colours with no damage and some just very minor wear and tear of the corners. Secret Agent badge included with original secret instructions and envelope all in excellent condition. All in all this is a very collectable set and would make an excellent present. Shop here
Posted by Tudiecast at 16:35 No comments: 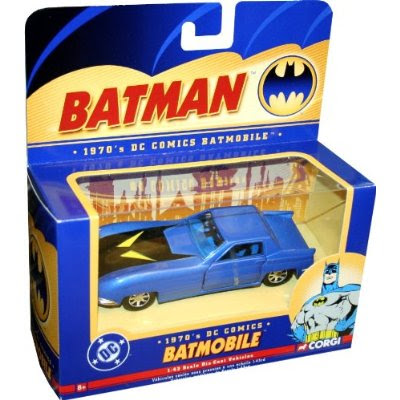 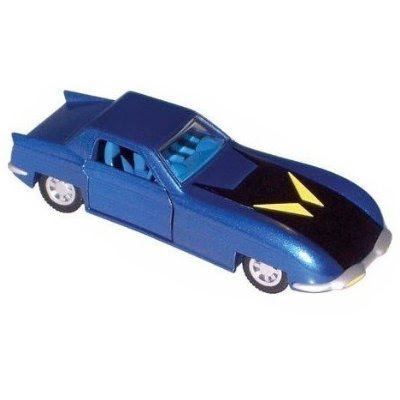 After the 1960s Batman TV series was cancelled, and the 'Batmania' craze had died out, the Batman in the comics turned into a much darker character. This involved his using Batmobiles that were much less visible and more like lightly-modified production cars. This model, which was seen in Batman 251 (September 1973), appeared to be a modified Corvette, but with an angular roof line and a bat*-head outline on the bonnet.

Unfortunately, this was not one of Corgi's better replicas. The front end was quite bulbous, and it tapered heavily towards the stubby, narrow rear end. It was as if the front and back halves of the car were designed by two different people. However, the action feature was good fun. It had opening front doors, which doesn't sound very novel in itself; but these popped open on their own when the front wheels were depressed.--Diecast Collector
Posted by Tudiecast at 17:17 No comments: